We are fully open and operational during the Covid-19 Pandemic to protect our clientsâ€™ rights.

There is a Solution

We Cannot Help Everyone

But We Can Help You

Removing the custody drama for Parents

Protecting what matters the most your Parental
rights & financial assets

Divorce may cloud your
judgment... Not Ours.

Help Along the way

There is a Solution

We Cannot Help Everyone

But We Can Help You

Removing the custody
drama for Parents

Divorce may cloud your
judgment... But Not Ours.

Binoye Jos walked away from a multi-billion dollar industry that was providing very well for his family for more than 20 years, with the pure intention of helping people during the toughest times of their lives. Before he became an attorney, he went through a difficult family law matter, and understands the uniqueness of every situation.

His life experience taught him to be one of the Best Child Custody Lawyerâ€ť in Orange County, California.

His own child custody battle took 198 filings and cost more than $400,000. When two high-profile attorneys could not win his case, he knew he had to do it himself. After winning his case in a few short months by gaining 50% custody of his son, he went to law school to become an attorney. He practices only family law because his purpose in life is crystal clear. He was planned, formed, created and shaped for a mission to help one client at a time and to treat each one as his most important. He values your life as he does his own, and you can trust Jos Family Law with one of the most important decisions you will make in your life. 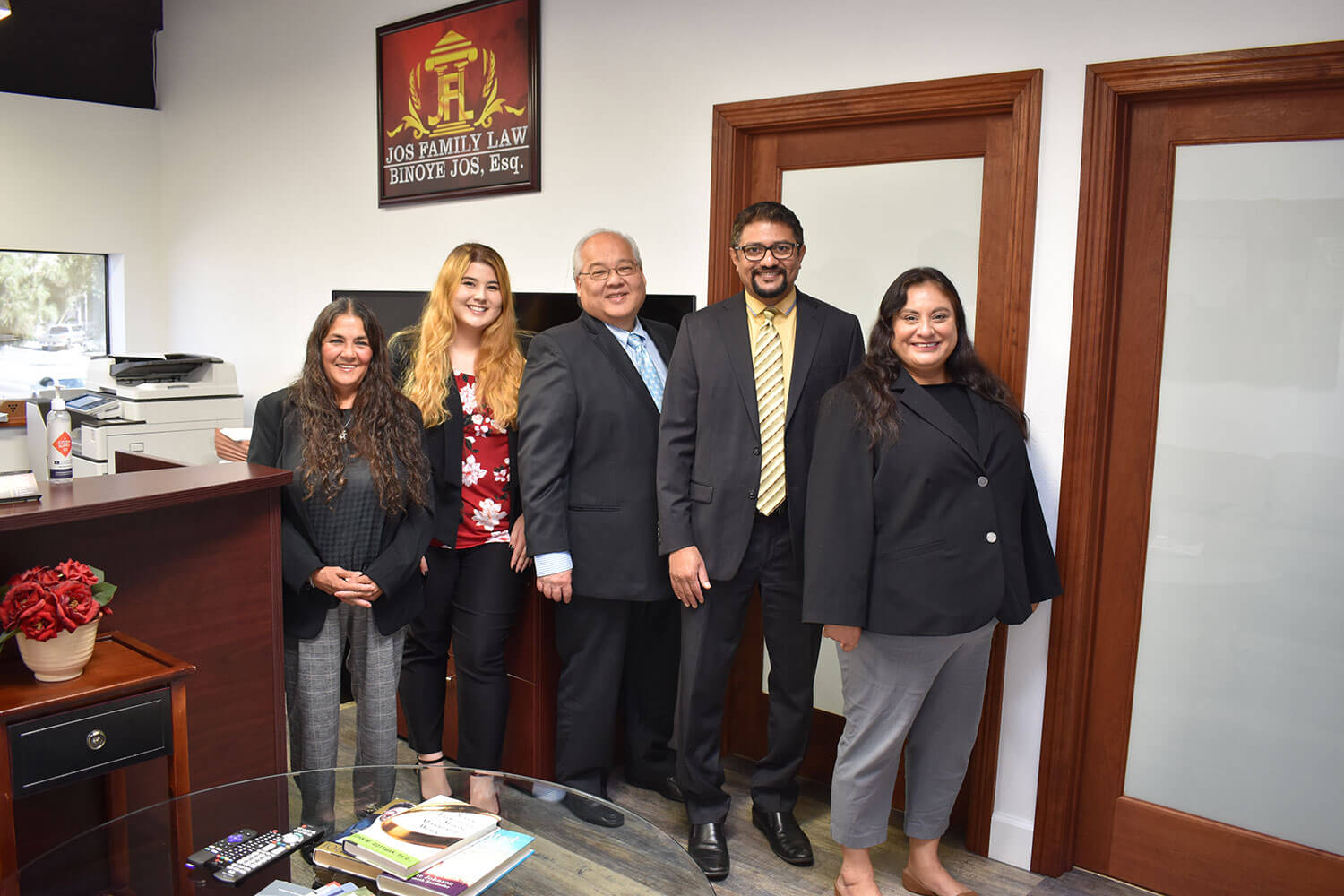 At Jos Family Law our focus is on helping families with legal matters that involve the most important people and aspects in their lives. When children are involved, the outcome of family law litigation should always be in the best interests of the child.

My passion for child custody is what made me one of the Best Child Custody Attorney in Orange County California.

You can trust my firm to help you navigate your family law dispute. Not only did I have a very successful career outside of law for more than 20 years, managing and training more than 1000 marketing directors, I also have first-hand experience in family law courts due to my own child custody battle. 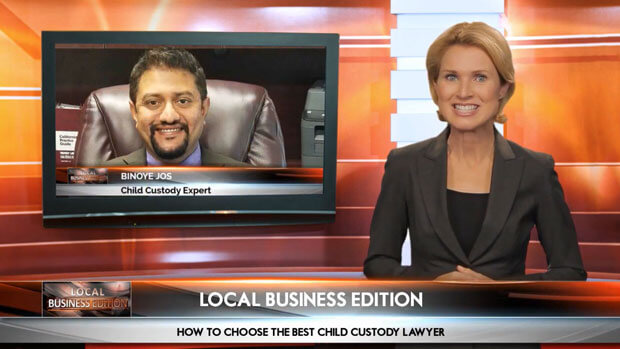 Call us today for a free consultation

What our customers has to say

I have been divorced for six years. My children's father forced me to defend my parental custodial rights in litigation using my share of the community property from our life savings. I was destroyed. The children's father wanted to hurt me for leaving him after an abusive marriage, and he continued to abuse me by using the judicial process and our children as his weapons. Our precious children have suffered immensely from the manipulation and oppression that they have experienced because of a long, drawn-out custody battle.

Recently, the children's father again tried to exhaust all of my resources and litigate for post-judgment custodial matters. In desperation I turned to Mr. Jos and explained my plight. Mr. Jos understood exactly what I was feeling and began the uphill battle of fighting for my children's best interests. My case is one of the most litigious on file in Los Angeles, and the fight was against a law firm with many legal associates. Mr. Jos took up his sword and battled on my behalf and in the best interests of my children, and was victorious at our hearing. I'm writing this to say that in my experience over the past six years of using super lawyers in Los Angeles and having to fire them because they had a lack of passion or incompetent skills: I can unequivocally say that Mr. Jos is more than qualified to handle any legal family law matter that comes his way. I recommend him with the highest accolades, and will continue to rely on his dedication, skill, and passion for years to come if ever an unjust oppressor tries to harm my children or me again.

A person's character is shaped over a lifetime. I have known Binoye for 15 years, ever since I joined his former company as a Sales Account Representative when Binoye was the National Sales Manager.

He is above and beyond excellent in everything he stands for.

Most notably, he is dedicated, very intelligent and a quick thinker, supportive, and always worked with me and the sales team to make things happen. He worked tirelessly to make the company successful. After I left the company, we stayed in touch and I know him to be a great friend, and a wonderful family man. Binoye is a kind, caring, and thoughtful person.

I was very excited to hear that he became an attorney, Divorce and Child Custody Attorney Orange, CA because he has what it takes to make a difference, especially in his chosen field of Family Law.

I want to express my immense gratitude to Mr. Binoye Jos of Jos Family Law.

After my case had been stuck in the family law courts for five (5) long years, I contacted Mr. Jos. His dynamic strategies and high level of professionalism helped move my case forward. My child, who is now 14 years old, had been asking to live with me for a very long time. Mr. Jos consulted with me from thousands of

miles away and provided guidance to help me stand my ground against negative opposing counsel, and obtain a fair resolution to what was very unfair for many years. Mr. Jos's efforts on my behalf and on behalf of my son really show that Jos Family Law is the best!

I am thankful to Mr. Jos, and I am humbled by this man's dedication to the rights of parents to be reunited with their alienated and isolated children.

Being separated from my child for years was devastating. I cannot fully express my immense gratitude to Mr. Jos for helping get my son back to me.

I have been involved in my own family law case for over 10 years. Over the years, I have dealt with several family law attorneys. I can honestly say the Binoye has been the first attorney that I have worked with that actually cares about my outcome. He's been more responsive and available by far than any other attorney I've dealt with. He has done more research about my specific legal issues than any prior attorney allowing me the best possible outcome. I would highly recommend Binoye to anyone who needs a family attorney. I have waisted over $300,000 on other family law attorneys and believe me Binoye is different to the rest, he cares about your outcome not just your money.

I spent a lot of time in family court and used a couple of high-profile attorneys. After 14 years I finally got custody of my son. This gentleman knows his stuff he experienced the same problem many fathers do a lack of support by the family court system in Orange County. I can't give him enough praise for his knowledge his research and empathy for clients who have been suffering in the family court system.

Mr. Jos is not your typical attorney. He has a very charismatic energy while he delivers extraordinarily profound guidance and encouragement. I've never had an attorney offer this level of attentiveness and care even about my health and mental wellbeing. I hired him just days out from a hearing and he and his staff worked assiduously to get fully caught up to speed and strategize a plan of action and even filed necessary documents just hours later. Mr. Jos is sharp and passionate about getting the best possible outcome for his clients. His performance during my court hearing exceeded my expectations; he was well prepared and the outcome was in my favor. You're in good hands with Mr. Jos and his highly skilled associates!.

If you are having a family dispute and need an attorney who intimately understands family law, look no further! I will fight for your rights with empathy and diligence. I, Binoye Jos, went through my own family law dispute, and know how unique each situation can be. From a simple divorce case to the most challenging high-asset divorce, child custody, child support/spousal support, pre- and post- judgment matters, paternity matters, mediation, or any other family law matter, when you trust Jos Family Law with one of the most important decisions of your life, I will passionately represent your rights with the excellence and care you deserve.

Find out how a dedicated, driven, and determined lawyer at Jos family Law can help you throughout your family law matter Child Custody Attorney Law Orange California by contacting us at (714) 733-7066 or jos@josfamilylaw.com.

Due to overwhelming requests for our firmâ€™s services, beginning on December 1, 2019, our firm will only accept new client family law cases in Orange County, California; in addition, we will consider new client child custody cases from surrounding Southern California counties.