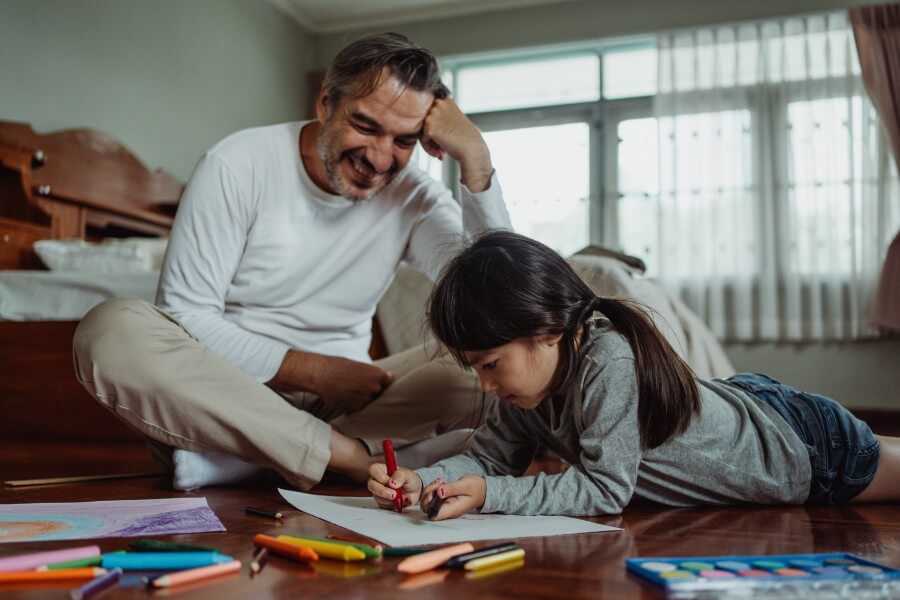 Child custody and guardianship are commonly used legal terms that describe the relationship between a parent and their child. Child custody includes the parent's duty to care for their child and the right to make decisions for them.

The conflict between parents for child custody usually arises in divorce proceedings. When a married couple decides to dissolve their marriage and can't agree to guardianship, the court of law intervenes in granting custody keeping in mind the child's best interests. In most cases, child custody is given to any one of the parents, but in certain rare circumstances, custody is also granted to a third party, but only if the fundamental right of custody to the biological parents has been overcome or the said third party has established his role as a parent to the child.

Today, there are various types of child custody awarded by the court of law. But before the turn of the 21st century, custodian rights were mostly accorded to mothers, but since the 1990s, the law has taken a gender-neutral stance and has awarded primary custodianship to the father in many cases.

The Different Types of Child Custody

However, modern law recognizes two further types of custody, namely joint custody and sole custody. As the name suggests, these determine whether the child is to be raised by a single parent or both (with the agreement between the parties).

Let's take a look further into these four types of custodianship:

Physical custody determines the right of a parent to have a child live with them. Most courts are inclined to award joint physical possession of the child for their well-being, allowing both parents to raise the child with equal rights and duties. Joint custodianship is primarily awarded when both the parents reside in the same jurisdiction. This form of custody is preferred by courts and parents as it places a less emotional burden on the child and allows them to be raised by their parents.

In sole custody cases, the child would live with one parent, who is referred to as the 'custodial parent,' while the other will be allowed time for visitations and spending time with the child. The other parent with visiting rights is called a non-custodial parent.

In cases of joint legal custody, any decision material to the child's future has to be determined by both parents. If one parent doesn't consult with the other, the aggrieved party can take it to court to enforce the joint custodian agreement. Repeated violation of the mutual custody agreement may cause the court to repudiate the claim of the parent who's liable for the breach and may award sole custodianship to the other parent.

In many states, joint legal custody is preferred over sole custodianship, primarily due to the child's benefit. But if the judge is convinced about the inability of one parent to communicate with the other or that one of the parents is abusive, they may award sole custodianship of the child.

Joint custodianship is awarded in divorce, separation, or if the child was born without wedlock. Also known as shared custody, joint custody is granted by the court as a right and duty of both parents to share the physical and legal control of the child. They share physical custody and have an equal say in the child's upbringing.

In joint custody, the parents work out a schedule to manage the responsibilities of the child by taking some time off their schedule. If the parents can't agree, the court of law decides on the joint custody arrangements. The child alternates his residence between the two parents in alternate months, years, or six-month periods. It may also be limited to weekend or holiday visitations.

A single parent can have the sole custody of the child if the other parent is deemed unfit for guardianship. Such a decision can be made if one of the parents is an excessive alcoholic or has a child abuse or neglect history.

But the court of law generally grants sole custodianship in rare cases. Joint guardianship is awarded keeping in mind the child's welfare and distributing the child's responsibility to both parents.

There are also other arrangements, like one parent having the sole physical custody of the child while both parents enjoy joint legal custody. In this case, the non-custodial parent is granted the right to visit and make a decision jointly with their ex about the upbringing of the child.

Even in cases of sole physical and legal custody, the court is inclined to allow visitation and supervision by the other parent for the child's welfare.

Are you in need of a family lawyer or need to consult one for your personal matters? The experienced attorneys at Jos Family Law can help you get a fair decision on your family matters, whether it's about the custodianship of your child, divorce, or any other matter related to family law.

Divorce and child custody matters can be stressful. We at Jos Family Law offer free consultations in Orange County, California, and help you get a fair decision that benefits you, your family, and your child's needs.